New evidence has emerged hinting the residence of a Bottlenose Dolphin pod (3 dolphins) along the Dublin and Wicklow coast.  The evidence comes from the over 200 validated sightings of the pod in the past year within a 21 mile (33km) range between Wicklow Town and Dalkey Island.

The sightings, validated by the Irish Whale and Dolphin Group (IWDG) have been gathered from what they have called ‘very obvious sighting clusters’ in Greystones Harbour, Bray Harbour and Kiilliney Bay.  In fact they come so close to the shore sometimes that one way to see them would be to do as suggested on Philip Bromwell’s report for RTE earlier this summer and jump on a DART train between Dunlaoghaire and Greystones and simply make sure to look out the correct window!

Despite 1 of these 3 animals having a very well marked dorsal fin, they have not so far been matched outside of the Irish Sea, but on the 19th October BNDIRL 180 was photo ID matched in Kilkeel, Co. Down, and it is very likely that they have been photographed in other areas as well.

Check out the full report on the IWDG website

OutdoorCommunity.ie co-founder and lover of all things outdoors
View all posts by Vinny → 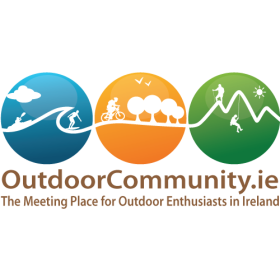